G'day everyone. My name is Daniel and I make videos of the old and interesting cars I find in Japan and Australia.

Well, it's a car spotting video with some R32 GT-Rs, a wide body Mitsubishi Starion, but I also didn't finish making it. Instead of no video, I decided to upload it as is. 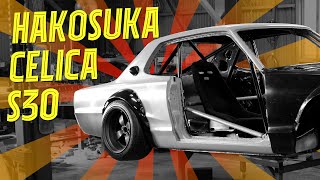