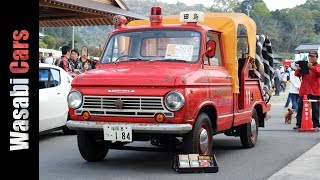 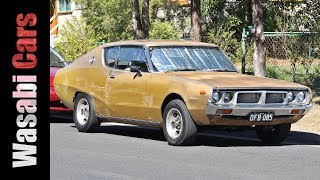 Looks like Queensland's back streets have provided me with my first spotting of a Datsun 240K. Condition looks to be unrestored, yet in need... <More> 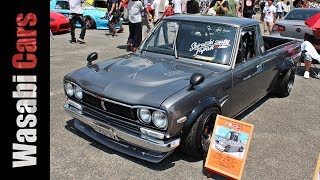 I've been wanting to show a Nissan/Datsun Sunny ute for some time but just couldn't find one with all the right 'Wasabi' qualities. Seeing a... <More> 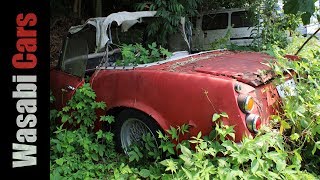 Another Datsun classic seemingly abandoned on the side of the road! And, there's more Nissan heritage left to the weeds parked just metres a... <More> 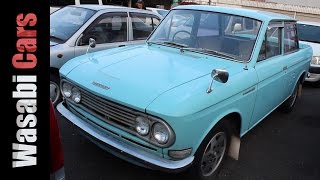 Two-door, double-cab pickups (utes) of the 60's/70's are one of my favourite body styles in Japan's Kyusha world. Styling is always on-point... <More> 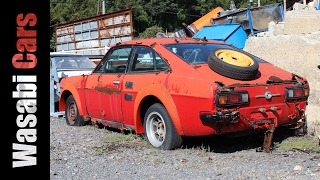 Was I not saying the other day that there was a severe shortage of good ol' rust in the footage I'd collected in 2016? I think I did. Well, ... <More> 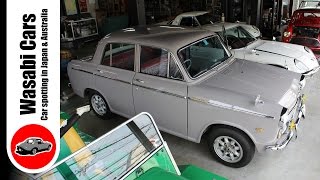 During my brief visit to Kyoto in March I was lucky enough to see some some amazing cars. Boy, did I see some Mazda Cosmos and BMW 2002's! B... <More> 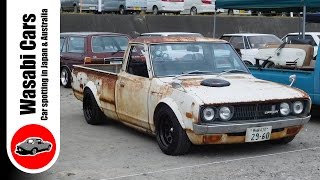 OK, this is super impressive on many levels. Sure, it's got bags of style. Big, rusty bags, that is. Mechanically, there are surprises too. ... <More> 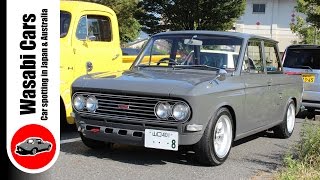 I just love these double-cab styled cars that Japan produced in the 60's & 70's. And, I'd love to have this wonderfully restored example. Al... <More>