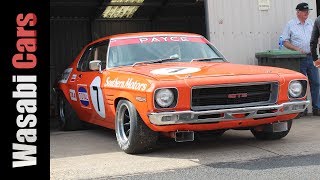 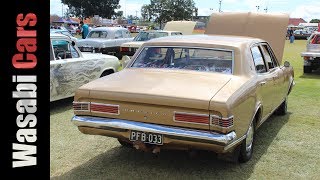 One Family, Three Generations: The 1968 HK Holden Premier of Canaga

Basically, you're looking at a 307 cu powered, luxury Holden sedan from 1968. The real story is the family connection that spans the decades... <More> 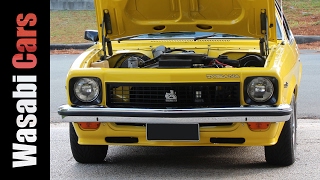 Back in August 2016 me and Dad have a chance meeting with a lovingly restored 253-powered Holden Torana SL/R. The Torana has always been a p... <More> 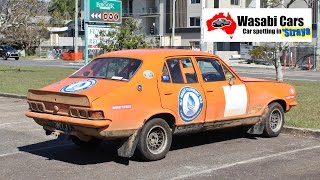 The 2016 Australian visit is almost over, and I'm happy to report the car-spotting gems have continued to the very end. Today it seemed some... <More> 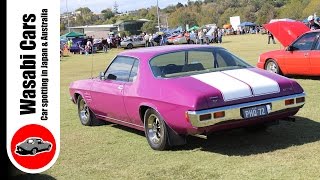 Purr Pull the Other One: 1972 Holden HQ Monaro GTS Coupe

Spotted in Ipswich, QLD during my last visit home was this beautiful purple Holden Monaro GTS Coupe. Without question, the HQ Holden (1971 -... <More> 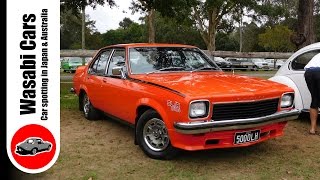 Back in August 2015 I was happily strolling through a large car show on the Gold Coast, Australia. There were many Holden Highlights, with t... <More> 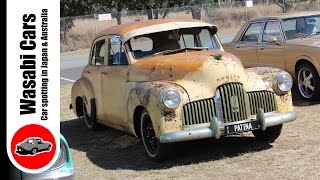 When I was visiting Australia back in August 2015, I dropped by Willowbank Raceway for some drag racing action. There was a show-n-shine goi... <More> 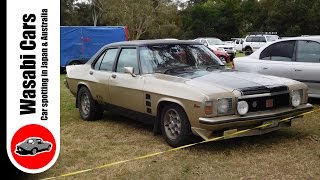 How lucky am I?? I am just a huge Monaro fan. I totally get that they aren't the fastest, the coolest or the nicest cars going around, but t... <More> 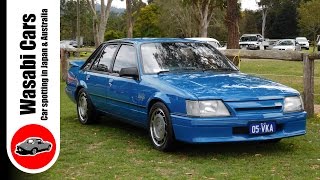 I'm often asked which one car would I love to own. I don't think I could ever nail down just one, but this VK Group A Commodore would defini... <More> 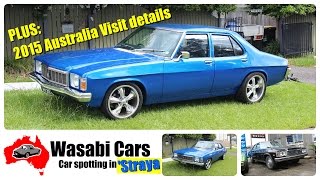 I'm heading to Australia!! Just a brief visit but I'm very much looking forward to it. Watch the video for details. As for the HX, I saw it ... <More> 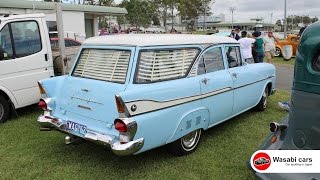