First time me seeing an early, 3rd-generation Sprinter sedan, and it's even 'Sabi spec. Grade is XL of which there were two variants; 1400cc and 1600cc, and I'm just not sure which this one is. 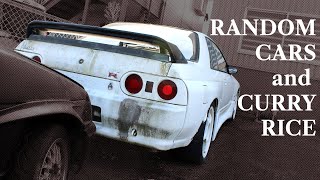