On the trail of the illusive Isuzu Statesman DeVille

Our story begins with an all but overlooked entry on a Japan-based website. Going by the accompanying photo, the author's hobbies included taking poorly-framed and blurry photos. Despite the questionable artistic merit of the image, I knew exactly what I was looking at, and that it was likely the last 'JDM' Statesman DeVille remaining in captivity.

There was little to read, and what there was was in Japanese. My keen powers of deduction revealed a telling piece of information; that after 14 years in Japan, my local-lingo proficiency was not 'good enough for the bush'. Or, as they say in Japan, ... ... Well, I really wouldn't know.

The direct approach at finding out where the photo was taken lead to the post's immediate deletion. Thanks for nothing, buddy! There was little else to be done but to keep on digging.

A click here, and a click there revealed a small but precious nugget of information; our photographer extraordinaire lived in Southern Japan. Eureka!

Okay, fool's gold at best, but at least I had a compass point. The car was down South. All I now needed was to pin-point its location and make sure it was still there. And, luck; I would need some luck.

Video: The journey there and back again.

It was several months later that I was at a car show and being introduced to some out-of-towners with a particularly well-kept 1973 Toyota Crown. Looking at their licence plate I could see that they came from the very place in Japan I believed the elusive Isuzu was hiding.

The first question out of my gob was, “Would you happened to have you seen a big, black Statesman DeVille down there?” Again, the direct approach. Really not cool in Japan. Thankfully, the Crown owner's friend, Yamashita-san, was happy to help out this fellow car enthusiast. Some further Q&A confirmed everything I needed to know, and with that, I knew what I needed to do.

The plan was an overnight drive there, take some photos, then a daytime drive on the return leg. Supplies included adult nappies, four rice balls, and eight cans of those vending-machine coffees that the Japanese go nuts for. I know what you're thinking. It is a lot of coffee. Necessary, I assure you, if I were to reach my goal at dawn. 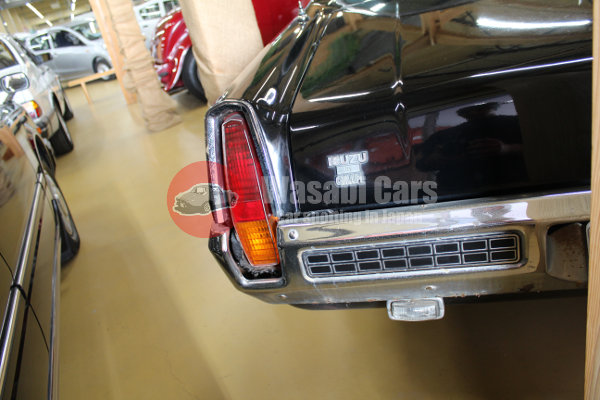 Isuzu by GMH badge on the boot lid.

What an adventure. The traffic may have been light, but the roads were dark and unknown to me. I was using no car-navigation, no interactive map app on my smart phone, not even one of those large, paper, foldy things with streets and places of interest on it. Instead I was relying on some mystical force to pull me towards my destination.

The sunrise brought with it the reality that I would soon be face to face with a HQ bloody Holden, and in the land of the rising sun of all places! I was now not far from my destination, a large shopping centre, would you believe? I got out to stretch my legs and to settle my racing mind.

So much for inner peace. I must have walked over a kilometre up and down every one of those damn aisles! At long last though, and at the exact opposite corner of where my search first started, I saw her.

I can't fully express what a treat this was for me. I'd been a fan the HQ Holden since high school. It didn't matter which body style either. Sedan, station wagon, ute (either one), panel van, the LWB Statesman, the MONARO; I liked the look of all of them. 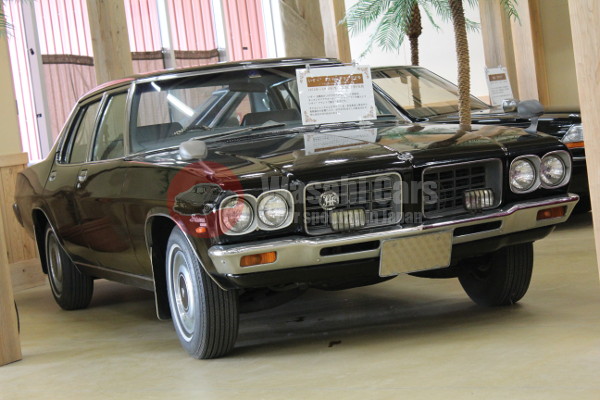 At first glimpse I thought the 'Midnight Black' beast was a carbon copy of its Aussie brethren. But, the more I looked at it, the more I noticed some minor differences.

Fender-mounted side mirrors! The sign of a true JDM. Also, there were the side-facing marker lights, and a pair of reversing lights bolted on under the rear bumper. All tweaks to comply with the local regulations, no doubt.

I noticed an 'Isuzu by GMH' badge on the boot lid, the low-rent, Kingswood hubcaps were a little more obvious.

In contrast to the Grandpa-spec exterior, the cloth on those seats were out of this world. Those deeply-textured jacquard seats looked like they would provide near-Bonnie Doon levels of 'the serenity'. I just wanted to dive it, get comfy and catch up on some sleep. I was certainly owed a few from the night before.

According to the original Isuzu sales brochure, this car was ordered with the 'Ash' interior and the bench seat option. There are electric windows, and wood-grain accents; classy but quite simple.

The 'Isuzu by GMH', ultra-luxury sedan was never popular, only managing to sell 246 of them between 1973 and 1976. Over the years Japan's aggressive rust, and the habit of stamping their cars into compact cubes before they get too old has ensured the scarcity of many of their classics.
Thanks for stopping by the WasabiCars Blog. Before you go, why not leave your thoughts? Or, if that's an impossiblity, have a go at Question Of The Day.