This Lancer 1600 GSR, though built in1974, is a replica of the Shinozuka-driven Lancer that was entered into the 1976 Southern Cross Rally (... <More>

This old-school Mitsubishi rally favourite got rescued from the mountains of Shimane Prefecture a couple years back, and having been given a... <More> 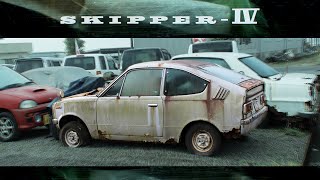 I've unearthed another old-school JDM unicorn. This sub-360cc kei-car is just the first Skipper IV I've seen outside of Mitsubishi's own mus... <More> 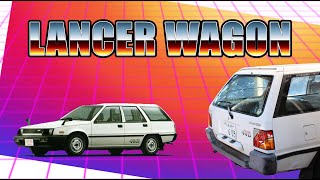 Today's feature car is both a third generation Lancer, and a second generation Mirage. On top of that, a full-time 4WD Van (wagon), and cert... <More> 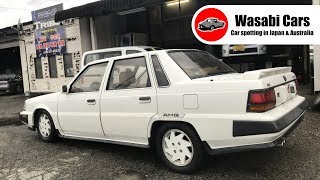 I spent some time loitering around (Luxury/Custom) Tribe Garage in Fukuoka the other day. The two, really cool old-school Mitsubishis they h... <More> 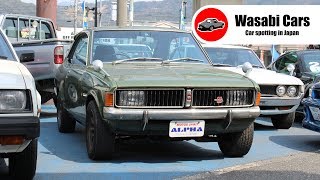 So many fine examples of fine, first-generation Colt Galants in this episode. Aside from the green Hardtop Coupe feature car, there's also a... <More> 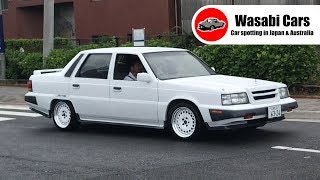 Here we have a Mitsubishi Debonair (2nd generation), and it also happens to be the very-exclusive AMG tuned version. It's a rare car indeed,... <More> 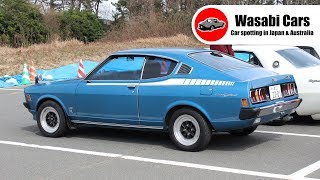 There are all sorts of old-school Mitsubishi Colt Galant GTOs in this video. The main feature is the final update GTO GS/R, but I also show ... <More> 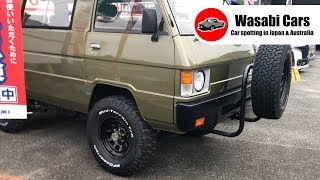 In today's video besides the featured, 2nd generation Mitsubishi Delica, MS50, and MS60 series Toyota Crowns, a Subaru 360, plus a junkyard ... <More> 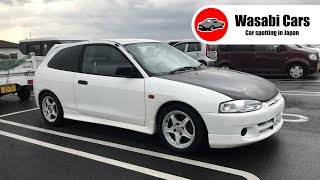 Walk around/Drive by of this Mitsubishi Mirage RS At The Shops! (CJ4A/4G92)

It has been a good car-spotting year for me and old-school, interesting JDM Mitsubishis. I've already seen a few Mitsu Evolutions, both Lanc... <More> 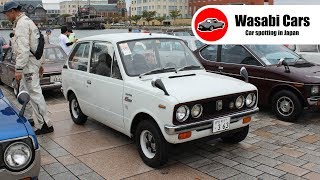 Spotted this survivor Mitsubishi Kei-car at the Mojiko Retro Car Meeting. I've seen just one other Grand Super Sports A101 Minica and that w... <More>