I Found a VY Holden Commodore SS Ute In Japan! I Drove it, Too

Not only have I managed to track down another Holden here in Japan, but I also got to take it for a drive! The Ute is of the SS grade, so has the LS1 V8 engine, and does indeed look sporty. There's an aftermarket titanium exhaust, but beyond that it's mostly stock.

It took almost ten years searching, hoping and praying, but I have finally (with the help of Holden/WasabiCars fans) managed to track down ... <More> 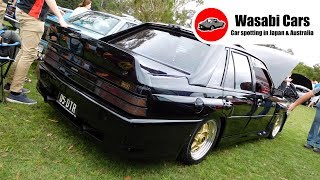 Only 12 of these Holden Dealer Team VL Directors were built in the mid/late 1980s, and though not the reason for Holden/HDT split, they did ... <More>