Here's yet another "the last car you'd expect to see" cars. It's an old, V8 powered Rover P6 and it's sitting in the middle of nowhere in rural Japan.

This is definitely one of the rarest JDM passenger cars, and indeed classic Suzukis that I've ever seen. Of note, this is the first 4-wheel... <More> 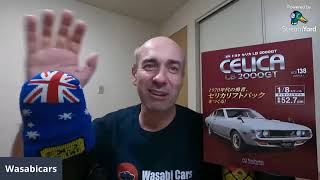 I've been thinking of streaming the rest of 1/8 Toyota Celica build. So, trying the hardware/software out Address: Daniel O'Grady Saga Ken... <More>