The Sepia Collection of classic, domestic Japanese cars never ceases to turn up obscure wonders that the rest of Japan, and the world, has long forgotten. It's the oldest Suzuki Carry I've ever seen and comes from the middle of the 360cc Kei car era. 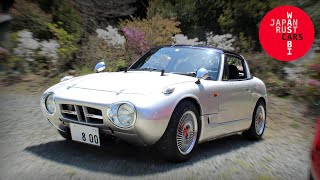 They're Calling this Suzuki Cappuccino, Yotaccino!

Face-swapped cars in Japan can be just incredible! There's genuine fascination to be had when seeing what body kit makers can cross match, a... <More> 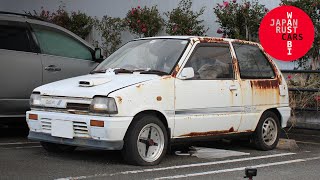 Incredibly, I found this JDM 1980's Pocket-Rocket in a supermarket car park where it looked to have been sitting for many, many years. There... <More>

This is definitely one of the rarest JDM passenger cars, and indeed classic Suzukis that I've ever seen. Of note, this is the first 4-wheel... <More>