Ratty 1965 Isuzu Bellett, and Donkey Was Its Name

This ratty, old school Japanese import has style by the saddle-bags (or, should that be cart loads?) I'm afraid I don't get too deep into the story of the feature car in this video. If I did, it'd be an epic long video because this car has a hell of a story to tell.

I'd actually seen two of these mega rare 1600GT Bellett Fastbacks before this one, but only in a so-close-and-yet-so-far-away kinda way. I d... <More> 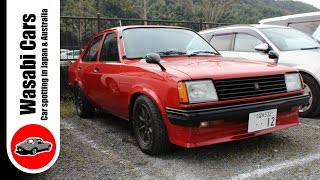 The Isuzu Gemini is a car I'm always hoping to see in my car-spotting adventures. Sadly, it's a rare occurrence. The great news is that when... <More>