This 1971 Suzuki Carry Kei truck is a rare sight and must surely be one of the finest surviving examples. Its exotic looks can be attributed to Giorgetto Giugiaro, who has in fact designed a great number of uniquely-styles Japanese cars.

The Sepia Collection of classic, domestic Japanese cars never ceases to turn up obscure wonders that the rest of Japan, and the world, has l... <More> 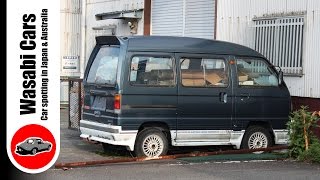 Have I not done a mini van video before? I must confess that I don't know a great deal about this one. It appears to be the sporty version o... <More> 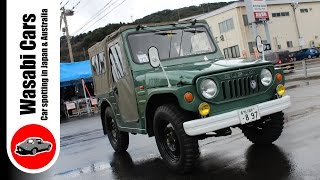 The video of this 360cc Jimny (Suzuki Sierra) has been a long time coming. I first saw it in 2012, and numerous times since. There are no ot... <More>